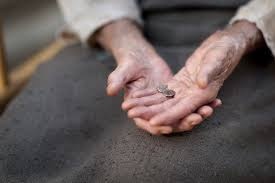 A Shot to the Temple

In boxing and ultimate fighting, there is nothing as devastating as a shot to the temple.  A well-placed punch to the side of the forehead usually crumples your opponent into unconscious heap.

Knock out.  Lights out.

Here, Stephen concludes his testimony before the ruling Jewish council with a shot to the temple (Acts 7:44-53).  He reminds the Sanhedrin of their misplaced worship of the man-made temple.

It was a knockout punch.

Stephen wraps up his Spirit-filled, sermon-on-the-fly before the Sanhedrin.  He's walked through the OT describing how Almighty God worked in and through an unending parade of misfits, murderers and malcontents to bring about salvation through Messiah Jesus (Acts 7:2-43).

They have originally charged Steve with slandering and blaspheming God, Moses, and the holy temple (Acts 6:11-14).  The high priest demanded that he answer these charges (i.e. "How do you plead?").

Finally, in these verses, the church's soon-to-be first martyr answers his accusers.

Stephen once again reminds the council of the history of the temple.  He recalls, "Our fathers had the tent of witness in the wilderness" (v44).

Before the temple was the tabernacle.  Instead of a brick and mortar building, God camped in a tent among His people.  This was just the way He wanted it (Ex 25:8-9, 40).

He commanded Moses EXACTLY how to put together this one of a kind, portable sanctuary-on-the-go.  God's Tent contained the Ark of the Covenant, the great reminder of God's everlasting promise to His people.

Moses built the tabernacle because God told Him to.  This is God at work.

Steve goes on to remind the Sanhedrin of the critical role the tabernacle played as God's people came rolling into the Promised Land.

Joshua was God's handpicked successor to Moses.  He led the charge into this land of milk and honey.

Notice the specific phrasing of the sentence.  "They dispossessed the nations that God drove out before our fathers" (v45).

The children of Israel played an active role, but it is God who drove out those living in the land (Josh 18:1; 23:9).

Just as God instructed Moses to build His tent, He also was the One who drove out the enemies of His people as they conquered the land.

Next, Steve recalls "the days of David" (v45-46).  He reminds his hostile audience that the great king was nothing until God showered him with grace.

God used King David only because He blessed him.  David did nothing on his own.  This no doubt includes the gracious promise the Lord made to David that one day his Descendant would sit on the throne of Israel forever (2Sam 7).

That's what scholars call the Davidic Covenant.  Jesus is that direct Descendant and the fulfillment of that promise.

King David badly wanted to build Yahweh a permanent temple.  Instead, God chose his son Solomon for the project (v47).  The Scripture goes into great detail about this massive undertaking (1Ki 6; 8:17-21; 1Chr 22:7-10).

There's just one problem about temple building.  "The Most High does not dwell in houses made by hands" (v48).

Solomon understood this irony of constructing a man-made temple for an uncontainable God.

"Who is able to build Him a house, since heaven, even cannot contain Him?  Who am I to build a house for Him, except as a place to make offerings before Him?" (2Chr 2:6).

Stephen understood what Solomon did.  The temple might be great, but God is greater!

He quotes Isaiah 66:1-2, where God Himself mocks the idea of trying to limit His presence to brick and mortar.  This is the same thing that Jesus shared with the Samaritan woman.

Christ Himself announces that the time "is now here, when the true worshipers will worship the Father in spirit and truth," not in any kind of a building (Jn 4:21-24).

Stephen finishes his sermon by swinging haymakers.  He accuses his accusers of being "stiff-necked people, uncircumcised in heart and ears, you always resist the Holy Spirit" (v51).  POW!!

He says they have rejected God just like their fathers before them.  Israel was following in their fathers' sinful footsteps.  BANG!!

Stephen said that their fathers made sure they persecuted every prophet that God sent (v52).  They killed every last one of God's messengers who had announced "the coming of the Righteous One."  They batted 1.000.  CRUNCH!!

Steve has them on the ropes and goes for the knockout.  He finishes this wicked (and TRUTHFUL!) combination by accusing them of murdering Messiah.  KAPOW!!!!!!!

Posted by Jay Jennings at 10:03 AM No comments:

Jay Jennings
I am Christ follower, mission partner, and elder at Hope Community Church in Raleigh, NC. I'm also the Documentary Photographer at WRAL-TV in Raleigh. I'm married to my high school sweetheat and the father of two great kids. I'm also a VERY proud grandfather! I'm a graduate of Shepherd's Theological Seminary in Cary, NC.